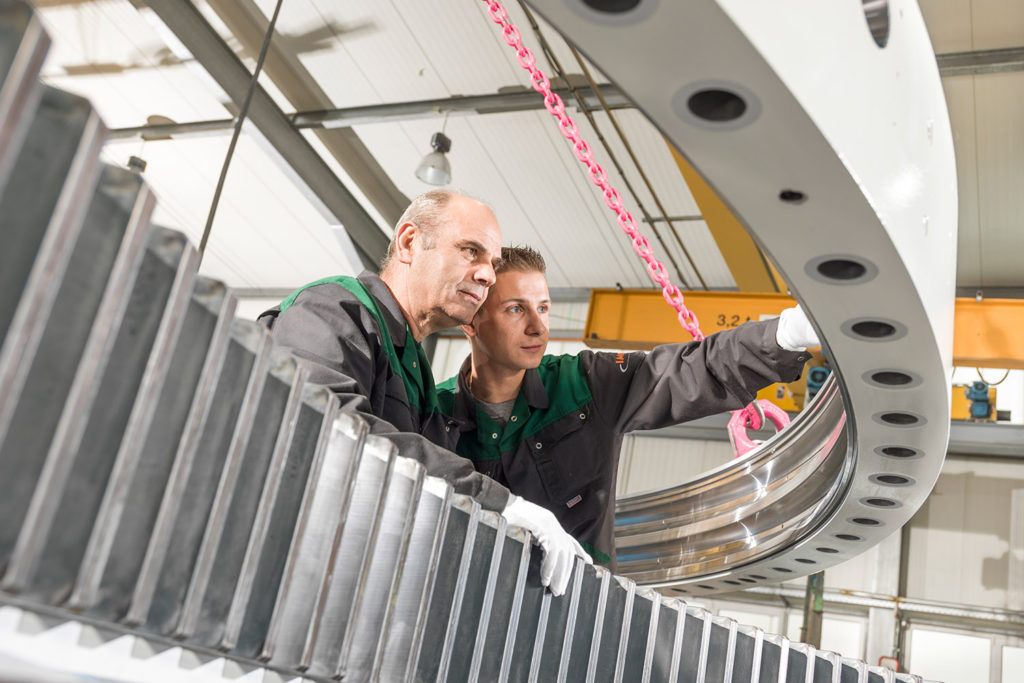 What is a slew drive?

If you are new to the industry, the following will serve as a brief introduction to slew drives. A slew drive is a type of gearbox that is specifically designed to handle high radial, axial, and moment loads. They are designed to withstand hold loads while also providing high rotational output torque. Slew drives consist of a worm gear mechanism, a metal ball bearing component, rubber seals, and sturdy housing to prevent environmental factors such as dirt, water, and dust from destroying the working components of the drive?

Slew drives operate fundamentally identical to worm gears. As a worm gear rotates, it translates rotational motion along its axis to rotary motion of the axis it is perpendicular to. The driven member (the worm wheel) consequently exhibits a decrease in speed and a proportional increase in torque from the worm gear. The output speed of the worm wheel is dependent upon the ratio of the threads on the worm gear to the number of teeth on the worm wheel.

Slew drives come in several different configurations. A slew drive may be either single or double drive, meaning that they are driven by either one or two worm gears. A double drive configuration may be desirable because it allows the input load to be split between two power sources while maintaining the same output torque or speed. Additionally, slew drives may be powered by either electric motor or hydraulic motor.

Robotics: Slew drives allow for the controlled movements required in the automation industry.

Cranes and Lifts: Because of their ability to hold high loads, slew drives are commonplace in cranes and lifts.

Solar Energy: Slew drives are used to help solar panels track with the direction of incoming rays of the sun that change position during the day.

Wind Energy: Due to their ability to hold high loads, slew drives are commonplace in wind turbines; allowing for the controlled turn of a turbine to face the oncoming wind.

When considering which type of slew drive would be most appropriate for a given application, there are several variable specifications that may be considered: